Identification of NADPH oxidase in the vasculature

NADPH oxidase(s), major source(s) of superoxide in a variety of tissues, was first described in neutrophils as involved in the respiratory burst. The following publications from our group are among the first in the field to describe and characterize Nox in a non-phagocytic cell. These findings constitute the basis of what is now known to be an important proximal signaling pathway and a major culprit in the development of myriad diseases. 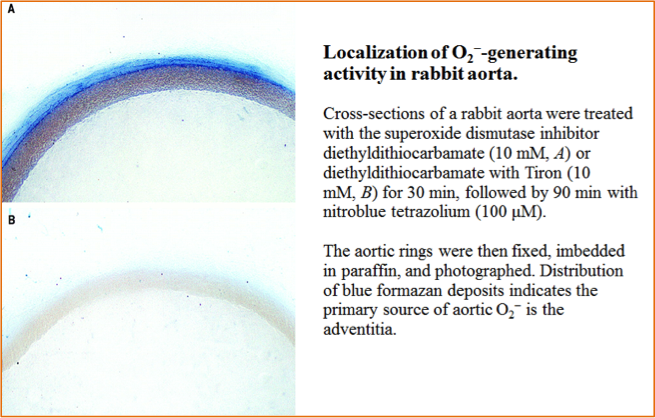