The major focus of the research in the Pagano lab is the study of NADPH oxidases, a complex family of proteins that catalyze the production of reactive oxygen species (ROS). Our research interests have centered on the investigation of the pivotal role this enzyme class plays in physiological cell signaling as well as under pathological conditions. Since the deleterious role of high levels of ROS (a.k.a. oxidative stress) has been described for many disorders in the cardiovascular system as well as in cancer and neurodegenerative disease, great efforts have been dedicated to the development of isoform-specific inhibitors of NADPH oxidases that, in turn, can be used as (a) tools to delineate the role of this class of enzymes in normal and pathological cellular signaling pathways; and (b) therapeutic agents and scaffolds for the development of new drugs. 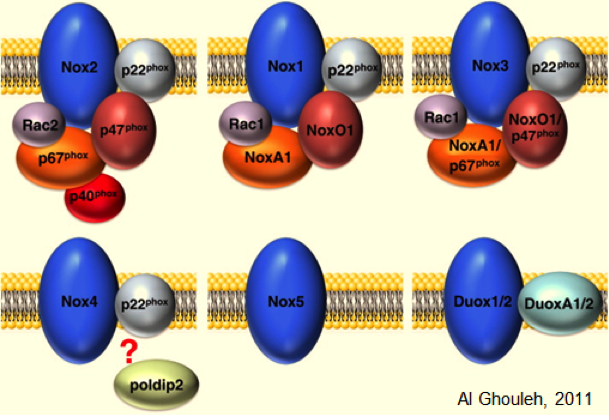